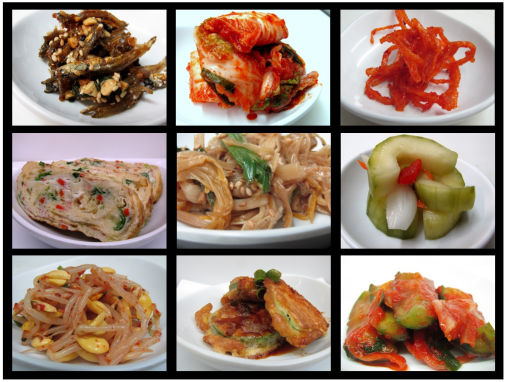 반찬
All those little dishes that are served with Korean meals.
Banchan translates into English as "side dish", and traditional Korean meals are accompanied by varying numbers of these delicious offerings that are intended to be shared among the diners.

History
Banchan as it is known today was probably the result of Buddhist influence beginning sometime around the mid Three Kingdoms period. The strongest Kingdoms of Korea adopted Buddhism as state religions and a near Korea wide...... 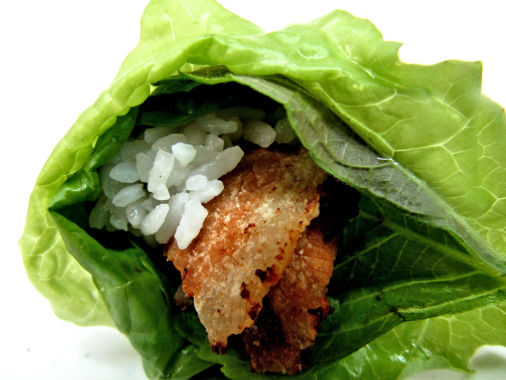 쌈
Ssam refers to a type of Korean meal in which any food (usually meat) is wrapped in some type of edible covering (usually a leafy vegetable).
The most common type of ssam is pork wrapped in leaf lettuce or Korean cabbage and served with a spicy condiment called ssamjang, as well as a variety of toppings like raw or cooked garlic, onion, green pepper or a banchan (small side dish) such as kimchi.

History
According to the book .... 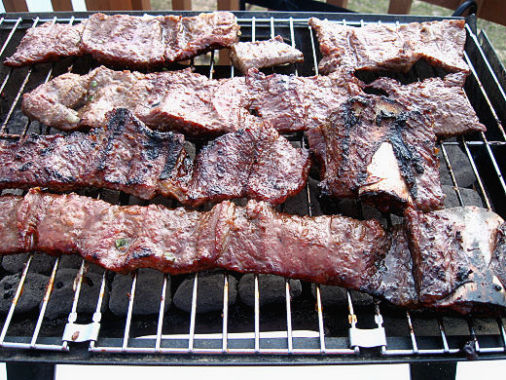 고기구이
Gogi-gui (meat roast) refers to Korean Grilled foods. In restaurants this is usually done with gas or charcoal grills that are built in to the dining table. In Korean homes a small butane or propane stove with a grill pan, or an older home heating system (ondol or over yeontan [cylindrical charcoal])..... 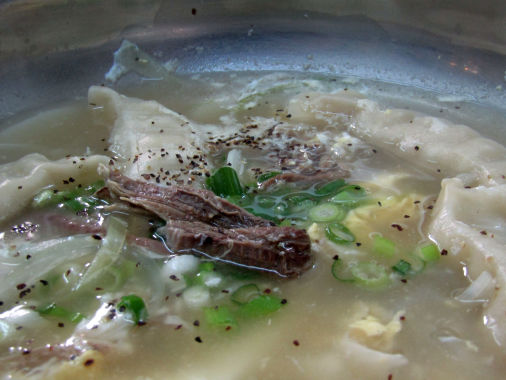 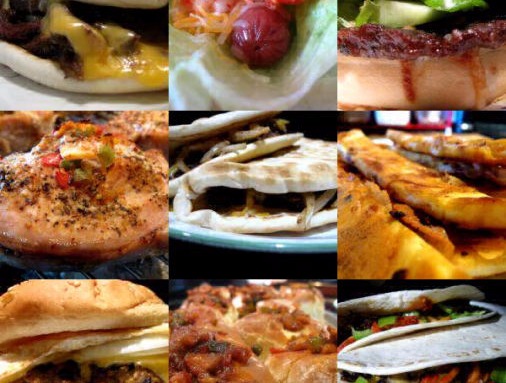 퓨전
Korean Fusion cuisine has a long history that dates back to the beginning of Korean culture. Engaging other cultures always leads to transference of ideas and objects, including new foods or different ways to prepare foods. 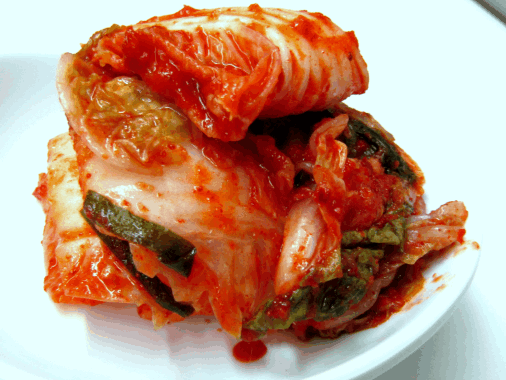 김치
Kimchi is a generic name for a Korean side dish usually made of fermented vegetables. There are hundreds of varieties of kimchi, the best known of which are the napa cabbage and daikon radish varieties. Nearly any vegetable (cucumber, brocoli, onion, chili peppers, etc) can be used. 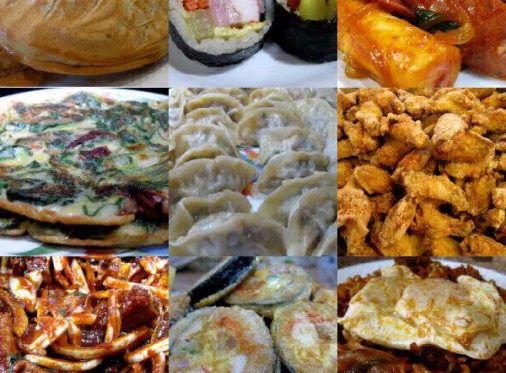 길거리 음식
Korean street food dates back to at least the 1300s, and probably earlier than that. In the thirteenth century Joseon markets began to host food stalls where vendors would provide meals and snacks to hungry shoppers.
The Korean war (June 1950 - July 1953) left devastation in it's wake. Marinades, condiments, and sauces play an important role in Korean cooking. Meats, seafood, and even vegetables are often marinated in a seasoning mixture prior to cooking

Disclaimer: hannaonetwo.com/hanna-one.com is a participant in the Amazon Services LLC Associates Program, an affiliate advertising program designed to provide a means for sites to earn advertising fees by advertising and linking to Amazon.com. Revenue generated through Amazon purchases (products linked through this site) help to support this web site. As an Amazon Associate I earn from qualifying purchases.

Copyright © 2007 - 2020 hannaonetwo.com/hanna-one.com (Gil "hannaone", author of all content on this site). Recipes may be freely copied and distributed for private home/non-commercial use only. If published in any manner, credit to the author with a link to the authors web site is required. Original image(s)/photography by hanna-one.com/hannaonetwo.com on this site are licensed under a Creative Commons Attribution-ShareAlike 3.0 Unported License. Other Images are licensed/copyrighted as indicated per image. All other content/materiel is ALL RIGHTS RESERVED.